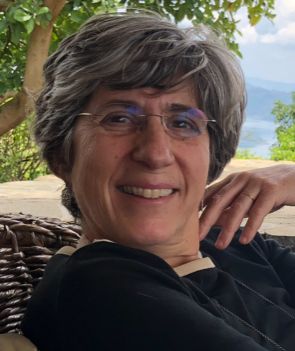 Towards a Lasting Human-AI Interaction

Artificial intelligence, including extensive data processing, decision making and execution, and learning from experience, offers new challenges for an effective human-AI interaction. This talk delves into multiple roles humans can have in such interaction, as well as the underlying challenges to AI in particular in terms of  collaboration and interpretability. The presentation is grounded within the context of autonomous mobile service robots, and applications to other areas.

Manuela M. Veloso recently joined J.P.Morgan Chase to create and head an Artificial Intelligence (AI) Research Center. Veloso is on leave from Carnegie Mellon University (CMU) where she is Herbert A. Simon University Professor in the School of Computer Science, and where she was the Head of the Machine Learning Department until June 2018. She researches in AI, Robotics, and Machine Learning. At CMU, she founded and directs the CORAL research laboratory, for the study of autonomous agents that Collaborate, Observe, Reason, Act, and Learn. Veloso and her students research a variety of autonomous robots, including mobile service robots and soccer robots.  Veloso is AAAI Fellow, ACM Fellow, AAAS Fellow, and IEEE Fellow, Einstein Chair Professor of the Chinese National Academy of Science, the co-founder and past President of RoboCup, and past President of AAAI. See www.cs.cmu.edu/~mmv for further information, including publications.